Lost and Found Memories is an intermedia installation scattered over the premises of Utsha. I’ve been collecting objects, natural or man made, whatever interests me and has an effect of time, since 2012. They are markers of memories, like diary entries that remind us of a certain event in the past and how much we’ve changed through time. The memory attached to each object makes it valuable and personal. This work is about leaving these objects back in nature but in a different space and time, and in exchange gathering something to mark its departure, that can include another object, sound, thoughts, impressions, photos and/or videos. These objects were collected from the coastal line of Mumbai, and were left in Bhubaneswar or the coastal line of Konark. This process of collection and exchange does not cease with time, as it is intrinsic to my obsession with collecting; it’ll continue with new objects collected and left, to collect further.

This work comprises of ten exchanges,- ten objects being left and documented.

1
This stone was collected from the shores of Mumbai. It was left at the shores of Konark, at Chandrabhaga beach, and the video of it slowly drowning into the ocean is recorded in exchange, as a memory marker for its departure. 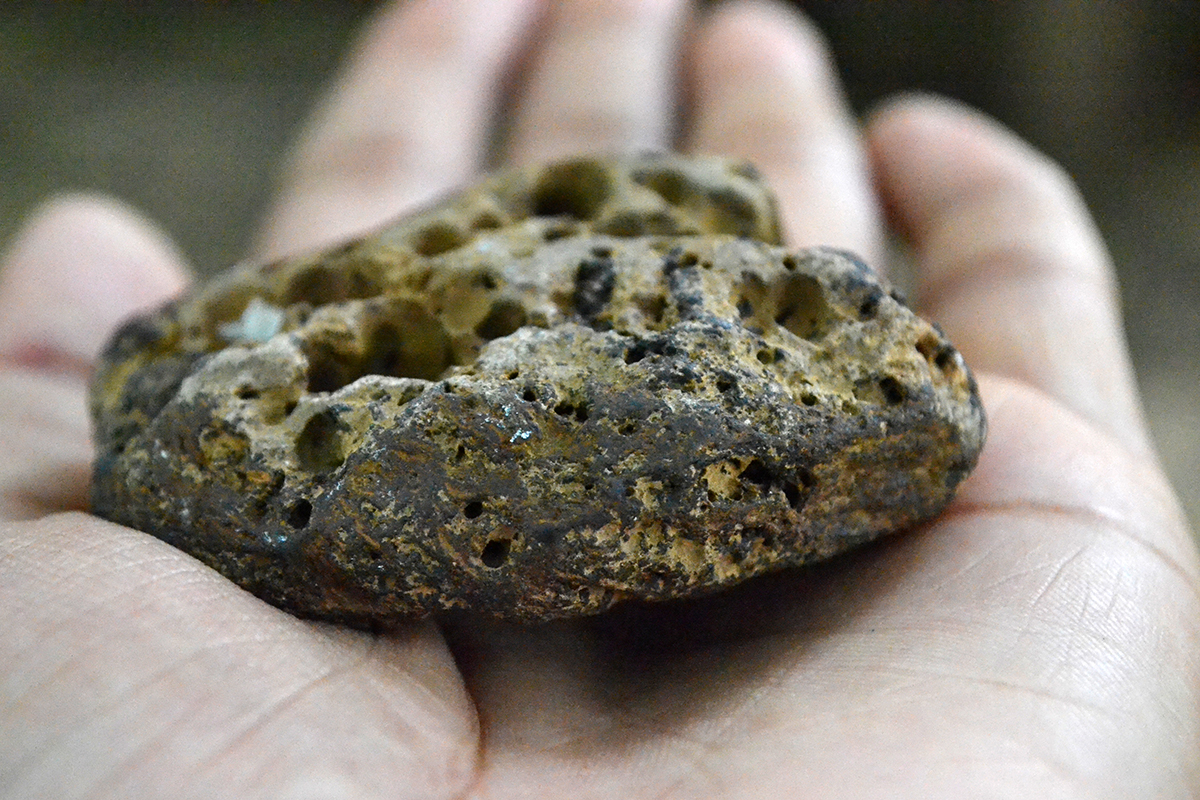 2
This object was again left at Konark’s beach and in exchange the sound of the waves was recorded; the waves which carried the shell with them. The photograph was displayed along with the sound in the servant’s quarter at Utsha.

3
This piece of terracotta remains was collected from Mumbai’s coastal line and was left at Konark’s beach. In exchange I photographed the timelapse of the waves coming and the object disappearing with the waves.

4
The sea object, seen on the following page, was left at Khandagiri caves in Bhubaneswar and in exchange this dried fruit was gathered. It was displayed in the residency bedroom to capture the intimacy of the experience. 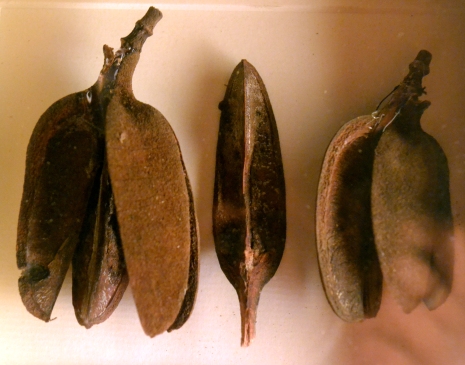 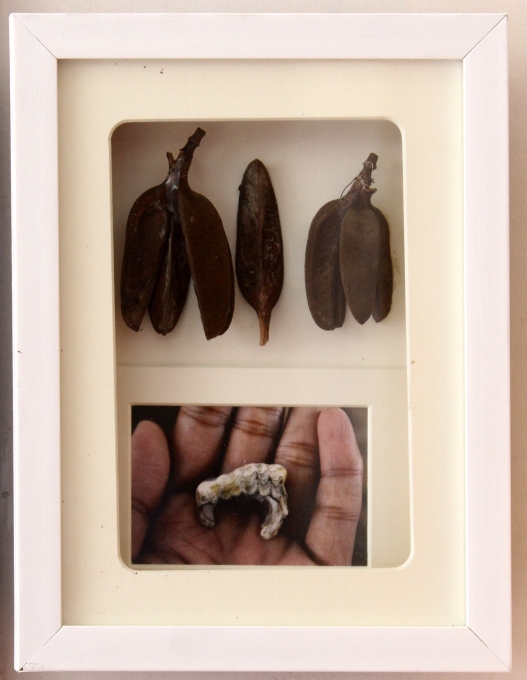 5
This shell was left at a turn while circumambulating around Utsha. The whole action of walking aimlessly on the same path again and again gave rise to a thought. I wrote it in my diary and later etched with a needle on paper, which shows an inner struggle of revealing my thoughts and yet not revealing them completely by making it difficult to read. The display was done at a turn inside Utsha, to resemble the turn where it was left. 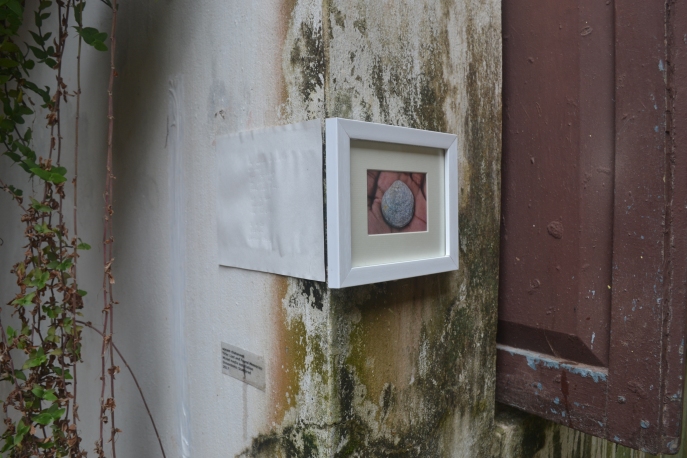 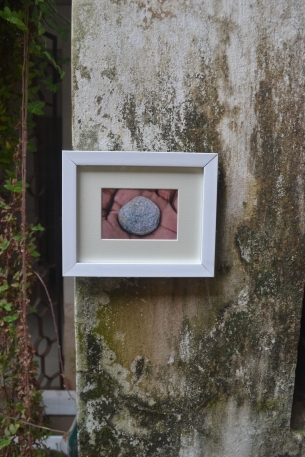 6
This stone was left within the grounds of Utsha and in exchange I recorded the sound of the place. During the display I played the live sound through the sound recorder, where the listener could hear each and every minute real-time sound around them. It was displayed at the entrance.

7
This stone was left while walking on the footpath off the main road in Bhubaneswar; the surrounding sounds of traffic, vehicles, welding sound, people talking and passing by, etc. were recorded in exchange and played with the photograph. 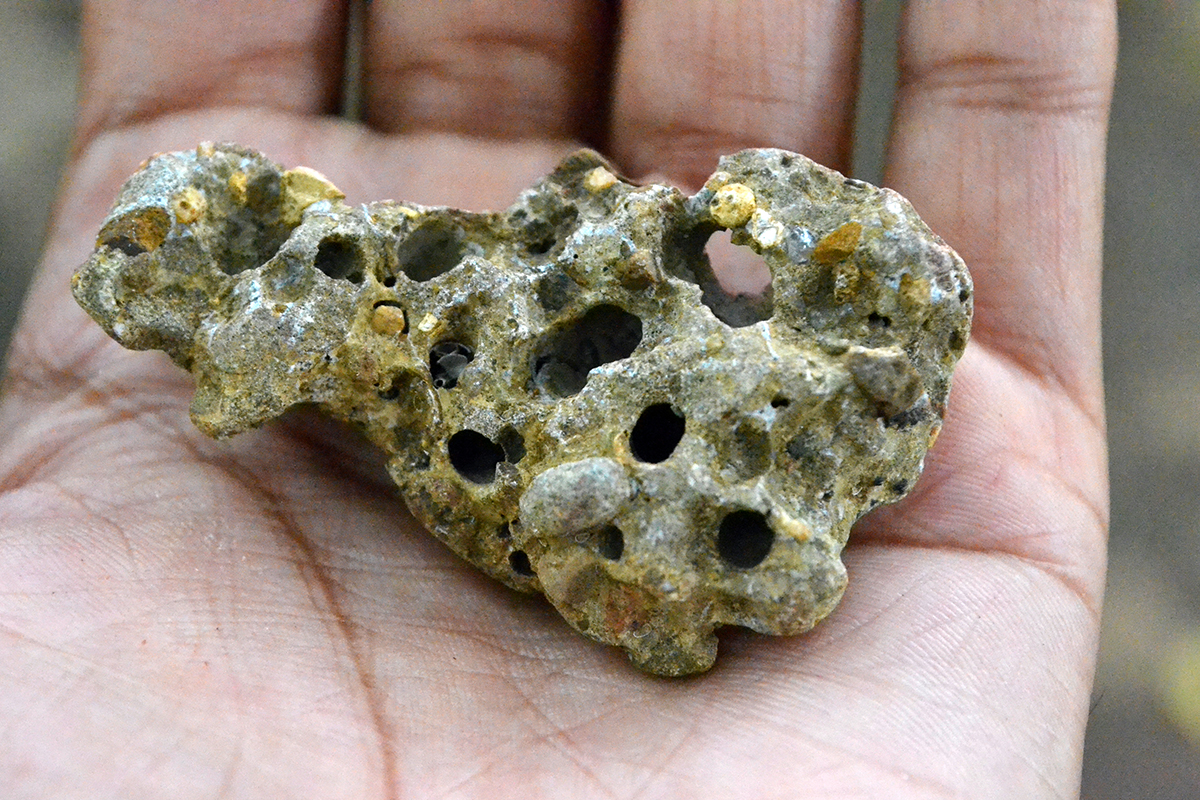 8
This shell was left at Khandagiri caves in exchange of a flower and displayed behind a door; to be discovered like the minute objects. 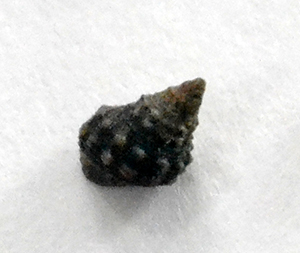 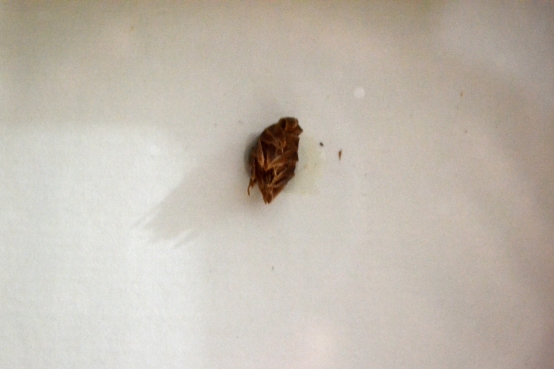 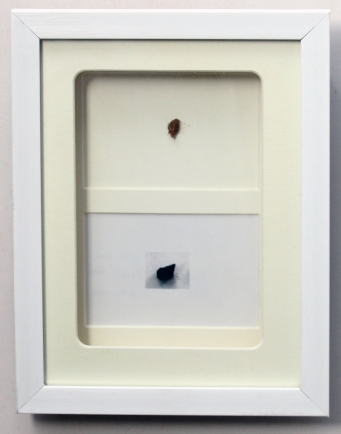 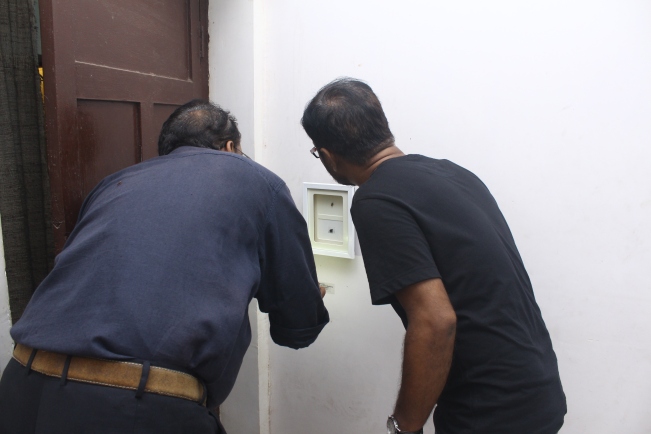 9
This sea object was left at Paapnasini temple in old town, Bhubaneswar. I took the impression through epoxy of a fragment of a washed out female sculpture, as seen in the image below. This object was placed at the feet of the sculpture, and the work, with the photo and the impression, was displayed on the boundary wall of Utsha. 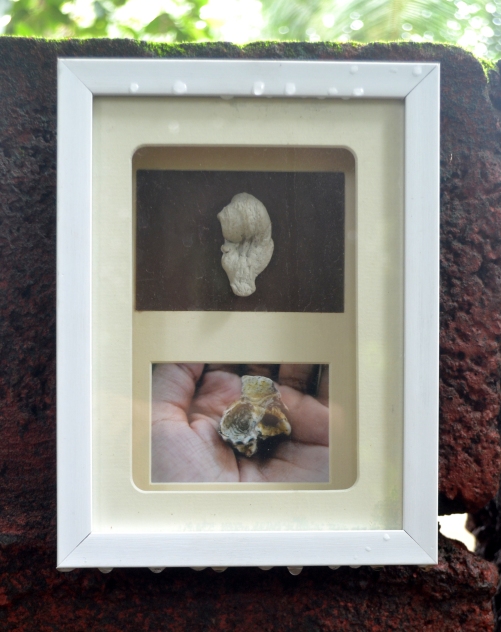 10
The remains of a diya (lamp) found at Mumbai’s coast, was left at Konark’s Sun temple and in exchange the chipping of the temple, which were found around it, were collected and displayed at the main gate of Utsha. 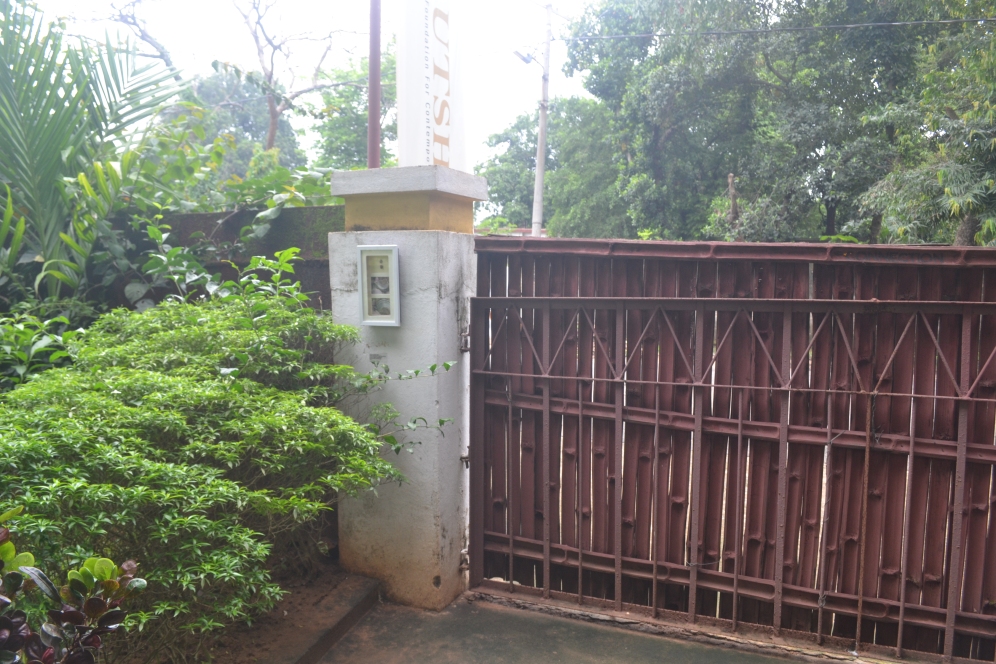